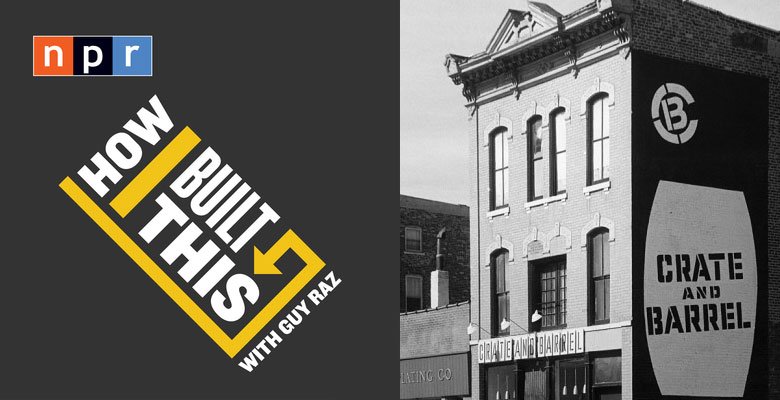 21 Mar Crate and Barrel: how I built this

When you’re starting out, being young, scrappy, and hungry is an asset, not only for founding fathers like Alexander Hamilton, but for young entrepreneurs as well.   Gordon and Carol Siegel started their company in an old factory in the early 1960’s with their own personal savings and everything on the line. They had so few resources for their store’s build-out that they used packing crates as displays for the imported European tableware they intended to sell. Lo and behold, Crate and Barrel was born. 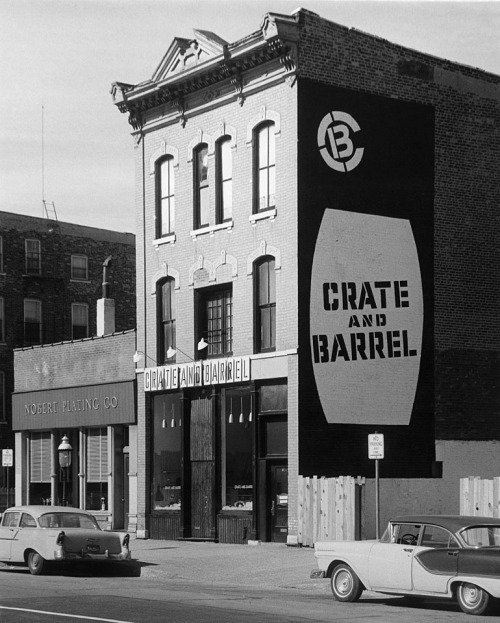 I was inspired by listening to the “How I Built This” podcast about the founding of Crate and Barrel.   Much of what made Crate and Barrel’s growth possible are the same principles I’ve adhered to in building Down2Earth Interior Design, and yet, in my dealings with Crate and Barrel as a vendor for my clients, I have had mixed results.   To me, the growth of Crate and Barrel provides a lesson in scaling up, and how the principals on which a business is built inevitably change as the business grows and evolves.

Let’s start with Crate and Barrel’s tremendous success.   Gordon Siegel advises that when you’re starting out in your career, find what you love doing.   If you’re going to be working at it 10-12 hours a day, 6-7 days a week, you’d better love doing it.   And if you find something you love and work at it, you’ll be successful.   The Siegels loved being merchants, so they could throw their heart and soul into it.

Many factors led to the success of Crate and Barrel – the advent of dining culture, importing items that Americans couldn’t access without going overseas, and having skills in sales and staff retention.   This latter skill is one I believe in deeply – finding good people and doing what it takes to help their talents get used to maximum potential.   It may seem surprising, but Godon Siegel attributes much of their success to being young, energetic, and not knowing what they were doing.   The Siegels were forced to improvise.   And sometimes that improvisation was unconventional, and struck a chord.

Inevitably, their amazing success led to growth.   The growth was gradual over time, but with catalog and internet sales, the business exploded, and it is no longer owned by the Siegels. This growth has allowed Crate and Barrel to offer their products at reasonable prices to more people than ever before, and in many ways that’s a good thing. But with the enormity of the organization, the personal touch can be lost.   I’d like to relate a story of something that happened to one of our clients this summer with Crate and Barrel to illustrate.

We often find ourselves incorporating furniture from Crate and Barrel into our design proposals. A client ordered a sofa over the summer, but it didn’t arrive until December.   Along the way, Crate and Barrel had made a pricing error.   When they realized they had charged too little, they approached us about correcting that error. Namely, a sofa that the client had agreed to purchase for less than $6000 was actually supposed to cost $9000 and could they please charge us the difference?   Well, in short, no. After some back and forth, they did stand by the lower price originally quoted, and in the end, they also sent the client a generous gift card.   But during this back and forth process, production was halted, and these delays and their ramifications were not communicated to us in a clear fashion.   So we kept getting new, disappointing surprises about the delivery date being pushed back. Additionally, our design team spent loads of time trying to sort the situation out for the client.   No fun!

Check out images of the Crate and Barrel furniture that eventually did arrive here: 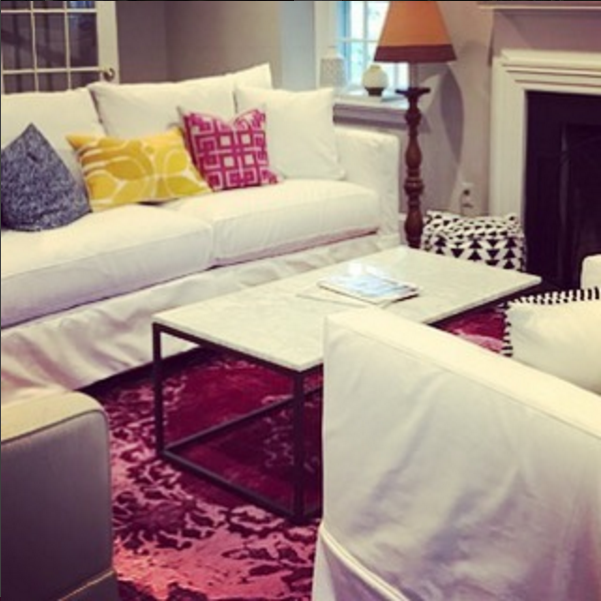 Because Crate and Barrel worked with us and our client on price, and made it right in the end, we are on good terms again. But somehow I can’t imagine that when the Siegels started their home goods store in a dumbwaiter factory in Chicago in 1962, they would have handled this situation in that manner it was handled in 2016. When the Siegels first began Crate and Barrel, they were so ignorant about product pricing that they were selling some product for cost.   No profit, but word spread about the value that they offered. I doubt they would go back to a customer for an additional 3k because of their own error.

To me, it’s a lesson in scaling up and how that results in a loss of personal contact. I have struggled with this issue myself.   Fundamentally, interior design is about the relationship between designer and client.   Listening to the client, and translating their vision into a physical reality, is a crucial skill and one that looks a little different in every scenario.   How much or how little a client wants to rely on our interior design services varies as well. It’s not easy to find a way for us to scale up and retain how tailored our services have been up to this point. Scaling up necessitates standardization, and if we standardize our design proposals, Down2Earth Interior Design morphs from what made us strong and successful in the first place, into something much more like the Crate and Barrel of today….large, potentially more profitable, but mostly impervious to our personal circumstances.   So for now, we stay small, and personal!

One more neat thing about this podcast.   At the end, host Guy Raz interviews an up-and-coming entrepreneur: in this case, a guy who makes surfboard bags and backpacks out of recycled billboards.

Green businesses are totally my “bag.”   Get it? Surfboard bags?   Anyway, take a listen yourself:

Image Source: NPR How I Built This Podcast Series

I come across inspirational design podcasts from time to time.   Click back to our blog for more in the future!