24 Oct How to Select and Work with your Interior Designer

A multi-tasker at heart, Amy has developed a deep appreciation for audio books. Recently, she listened to Jennette McCurdy’s bestselling memoir, I’m Glad My Mom Died. As a parent, some of the themes in the book were downright heartbreaking. And yet, Jennette’s story was steeped with humor. A natural storyteller, even the minor anecdotes are memorable. Most notably, the day Jennette met an interior designer. You can see where this is going. It is the perfect tale to highlight some dos and don’ts when embarking on a home project with an interior designer.

LESSON #1 – Do Your Research When Looking for an Interior Designer

As a newly minted homeowner, Jennette finds herself with agency for the first time. After all, her therapist told her that her environment has a big impact on mental health. What exactly does an empty home do for one’s soul? It can’t be good. Jennette thinks a few rugs would help, so she seeks out an interior designer. Not knowing where to begin, she asks her realtor for a recommendation, and he says he knows “just the one”.

Your relationship with your interior designer is truly a partnership. Therefore, exercising due diligence in your search is key. Recommendations are an excellent starting point, but always, always, always, do your research. Don’t just take the first name and run with it before ensuring this is a good fit for you both.

Enter Liz, the designer, who arrived sporting cheetah print pants. (It’s Jennette’s belief that the only person who should be allowed to go near cheetah print is Shania Twain.) Liz’s first question for Jennette is, “How would you describe your home style?”. Jennette doesn’t know if she has a home style. To Liz’s credit, she arrives with pictures and fabric swatches, presumably for Jennette to identify what appeals to her, but instead she looks around her empty house and declares that she has no idea.

This is not a fair position to put the designer in because you (the client) are essentially asking them to read your mind. In this instance, Liz is ready to take the wheel, but you’ll see that doesn’t end well. As we mentioned, the design process is collaborative, requiring two perspectives, at minimum. Your hopes for your space should be something that you can describe, or better yet, illustrate with inspirational images. If you’ve ever worked with us here at d2e you know that is an important step in our process. 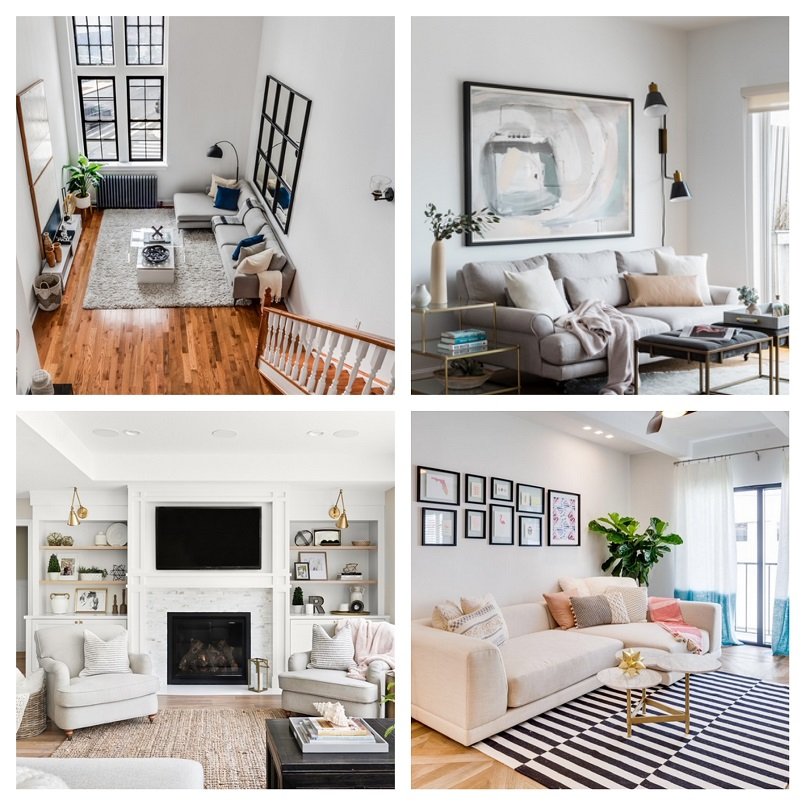 Clockwise from top left: Abishai Designs, The Lovely Locale, Carlos Matta International, KBG Design
Example of a client’s idea book that will convey the look they are hoping to achieve.

LESSON #3 – Be Sure Your Interior Designer is Listening

Liz, happy to craft a design plan with or without Jennette’s input, lays out a scheme that she describes as “glamour chic, with a touch of animal print”. Desperately trying not to look at the designer’s pants while doing so, Jennette admits she is not a fan of animal print. The designer then pushes back gently, saying they could just do subtle accents of cheetah, cow or zebra, because it is “very in right now”.

As a designer, Amy would dig deeper to see if the client is even interested in subtle accents of animal prints. Furthermore, choosing something that is “in” over what suits the homeowner is not something that she would prioritize. Trends can be fun, but if they don’t serve the client’s needs, they have no value. Active listening is essential to a successful design. 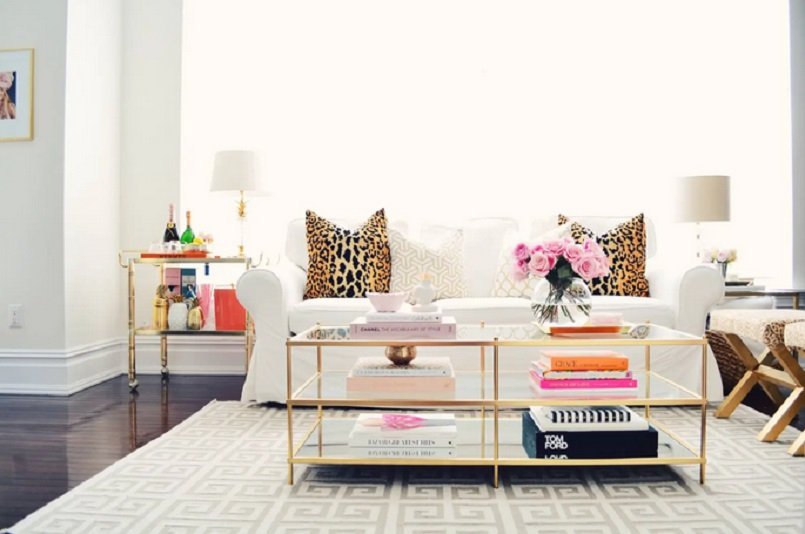 Photography from The Pink Dream

It turns out that all Jennette is looking for is simple, solid colored and coordinating furniture. (Amy recognizes that this is not the most exciting task for Liz, but it’s the client’s vision and that needs to be respected.) She tells Liz, once again, that she’ll pass on the zebra, because the one thing she knows is that she wants “simple”.

Saying “I want simple” is a starting, not ending point. It is helpful, but not enough for our firm to go off in terms of building a design scheme that we are sure will satisfy the customer. We need to know specifically what this customer means by simple. After all, terms like simple can be subjective, and open to interpretation. When we work with a new design client who tells us their style is simple, we ask them to put their words into specific images that have that “simple vibe”, so we are absolutely sure we’re on the same page. 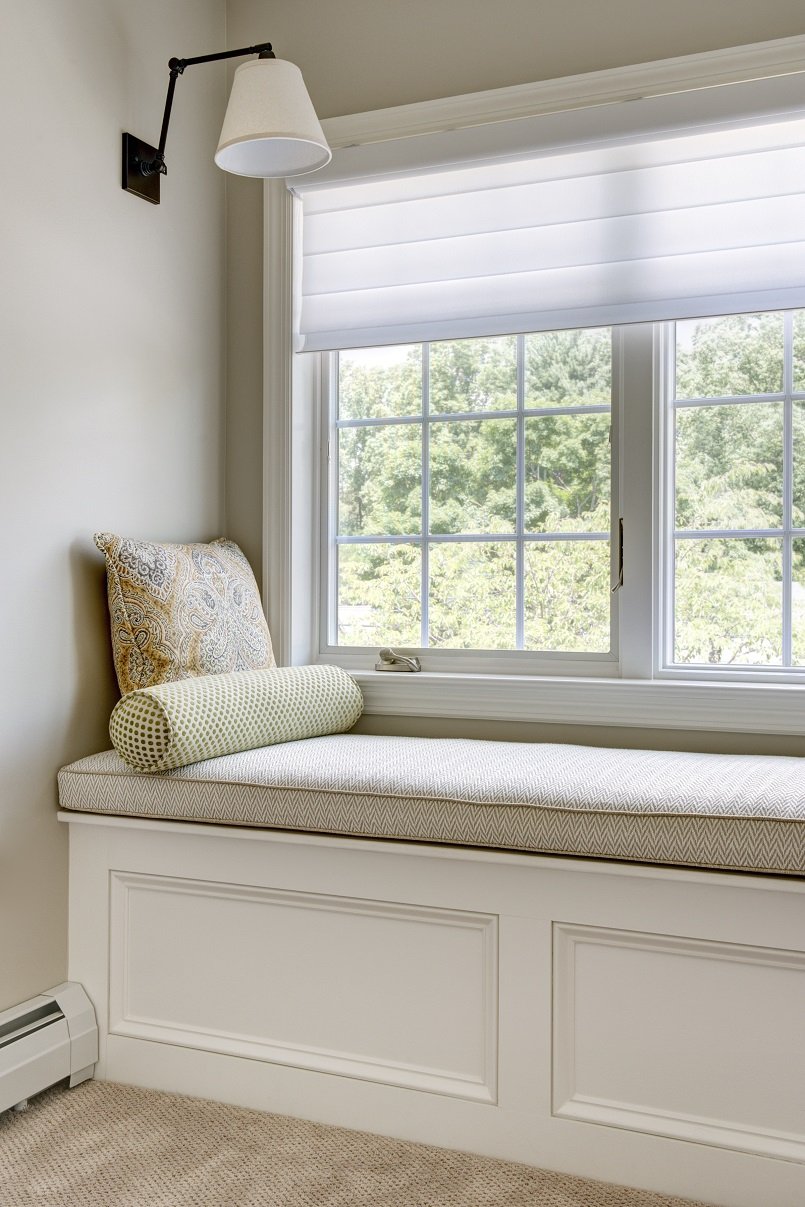 A simple interior that can satisfy the client’s needs once we have clear communication.
Photography by Rebecca McAlpin

I’m sorry to say that we are still talking about animal prints, but at this point, the designer pushes back one more time and says, “but you are so young and fun, don’t you want your space to reflect that?”. Jennette still says no, but the designer says “why don’t we stick with this plan and anything you don’t like you can just return, except for the stuff that’s non-refundable.”
At this point, McCurdy observes that being a pushover is a bad thing to be, but an opinionated pushover is even worse.
Pushover = goes along with everything and acts happy
Opinionated Pushover = goes along with everything, acts happy, but in actuality is brooding and resentful inside.
A self-declared opinionated pushover, Jennette agrees with the designer’s plan. Three days later, mint green and cream cheetah print curtains show up at Jennette’s home with a receipt for $14,742. When she later lets Liz know that she won’t be needing her services any longer, she inquires where she can drop off the cheetah print curtains for a refund. Alas, they are non-refundable. In the end, there was a hefty price tag for something that the client never even wanted. We never work that way.

The first thing to note here is that three-day turnaround for the curtains. It just isn’t realistic. First, you and your designer need to agree upon the fabric, then the designer will confirm the yardage is available, and finally a drapery workroom must fabricate the curtains. This all takes time. Don’t expect such a quick result in real life.

Second, a good designer is always going to inform you when a design element is non-refundable. Many times, custom pieces such as drapery are not returnable. And we would never go down the road of something non-returnable unless we were sensing a full, unadulterated buy-in. 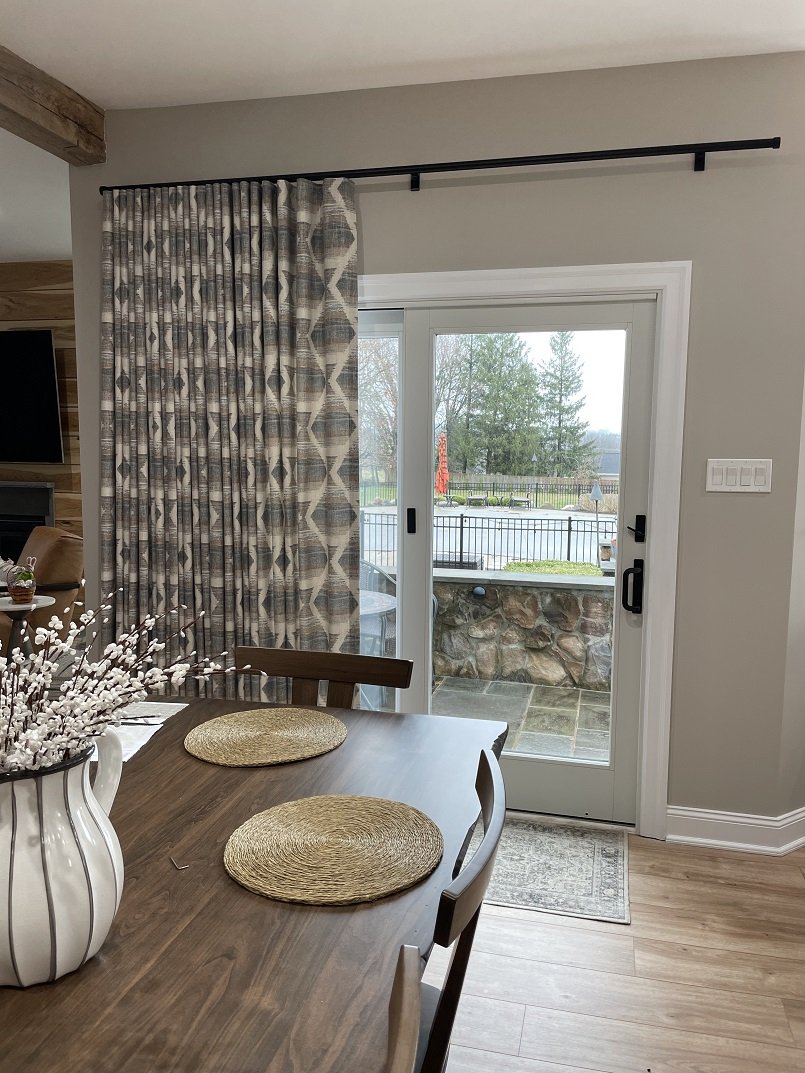 Consider down2earth Interior Design for your Next Project

Are you thinking about working with a designer for the first time but have no idea what your vision is or how to communicate what you like? We can help you! Simply complete our Client Contact Form and we’ll be in touch.