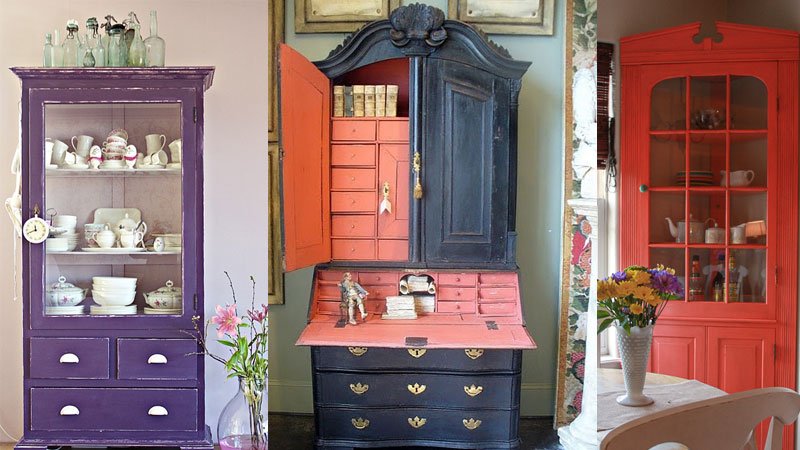 29 Apr Master Planning: The Boring Things Are Not So Boring

This is Part 2 of Amy’s posts on Master Planning in down2earth interior design’s Designers Own Home blog series. You can view Part 1, here.

Air conditioning vents.   Thermostats.   Light switches. Not the most exciting design elements in a room.   But when these elements are not thought through, it can really throw a wrench in your interior design plans.   In this latest installment of our Designers’ Own Homes series, I’ll fill you in on how having a master plan will help me sidestep some major inconveniences later on. 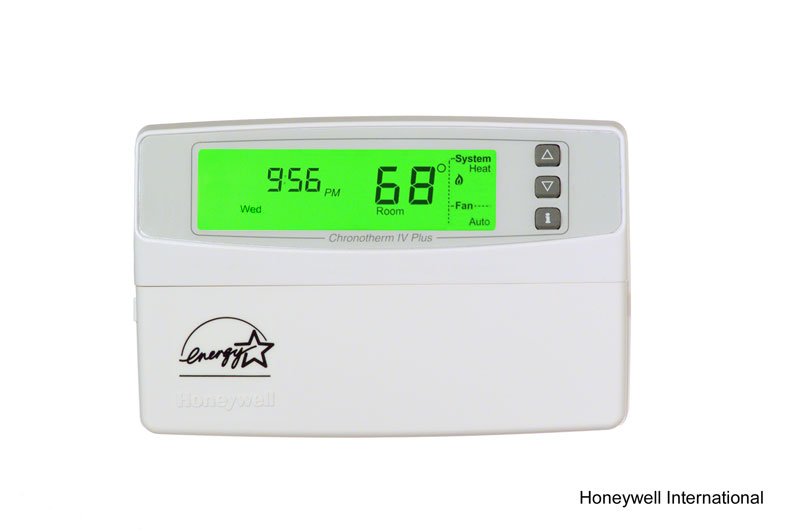 When is the best time to install air conditioning?

The best time to install central air is in the off-season.   Contractors are less busy and stressed, and there are some rebates available from the manufacturers for off-season purchasing.   So there we were, in March, having the air conditioning installed in preparation for our upcoming renovation, which isn’t beginning until June.

The HVAC guys start running the ducts, and then we met to discuss where the air return vents are going to penetrate the floor.   And here’s where it gets tricky.   I currently have a corner of the dining room with nothing going on.   Looks like a perfect place to locate a vent.   But what the HVAC contractors don’t know is that I’m having some custom built-ins created on either side of my dining room windows to store table linens and wine glasses and dining room stuff like that.   The built-ins will occupy that same corner and look a little something like this:

Good thing I had planned ahead!   The vent has to be located in a cavity between joists, so I had it installed on the other side of joist, in what will be the visual corner of the room, once the new built-ins arrive on the scene. 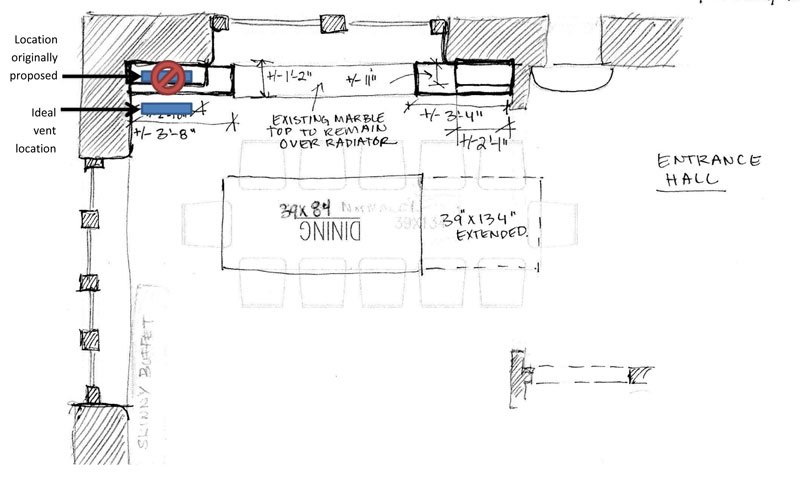 Next decision to be made: where to locate the thermostat that controls this cool, refreshing air. The HVAC guys wanted to put the controls on the wall of the dining room.   At present, it’s a pretty empty wall.   But with so many walls coming down in the renovated dining room/kitchen space, I need every wall I can get for storage. 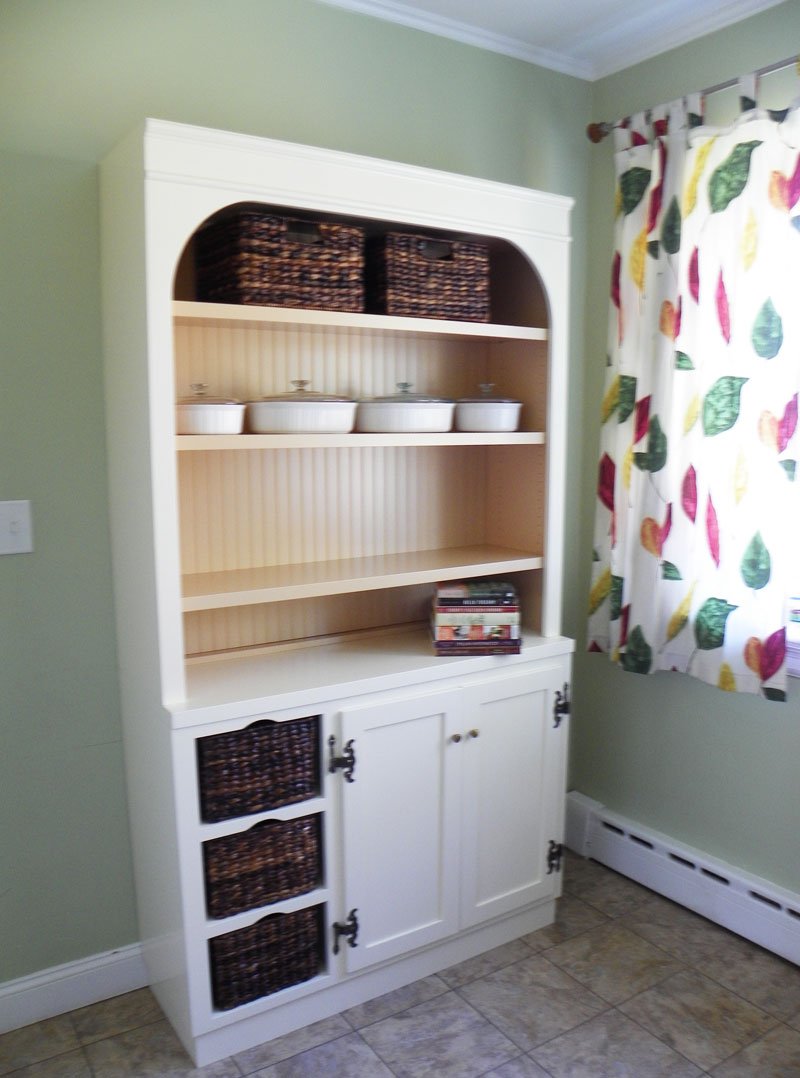 Well, now I know where it’s taking me!   The breakfront will be relocated to the dining room, on the very same wall where the thermostat was proposed.   How fun would it be to reach behind this big hulking beast of a breakfront to control the a/c?   No fun.   At all.   Master planning saved me yet again.   The thermostat controls are instead nestled near the alarm keypad, on a skinny wall where no major storage pieces would ever fit, and I have room for my breakfront as planned.   Now, to pick a funky color to repaint it… 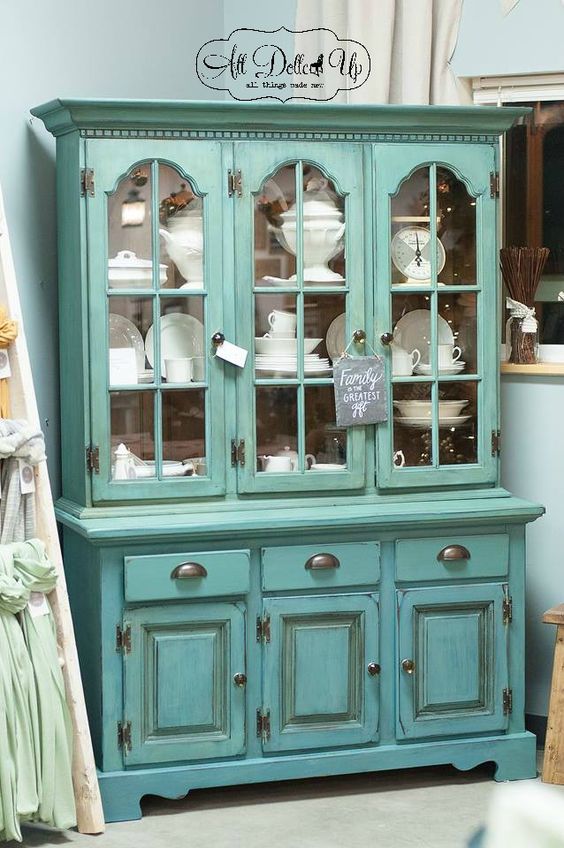 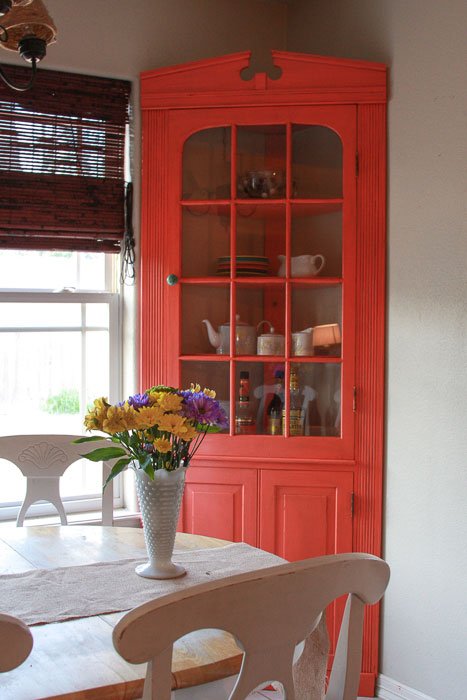 Full instructions how to repaint a cabinet like the one above can be found on the wonderful blog, JessiMakesThings.com. 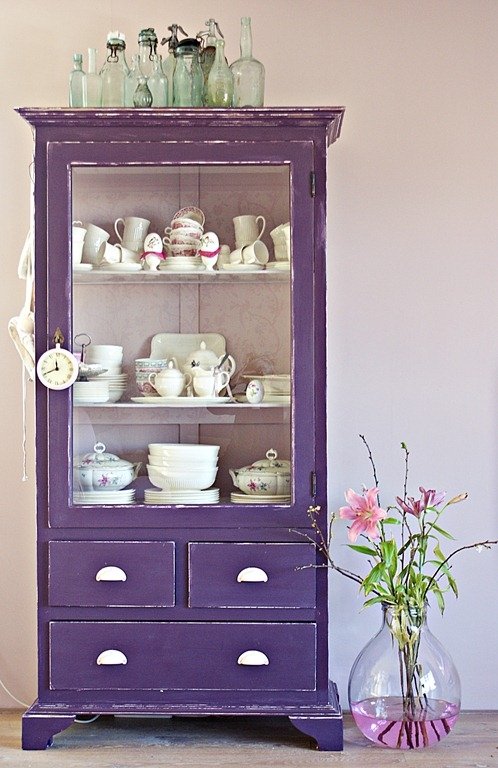 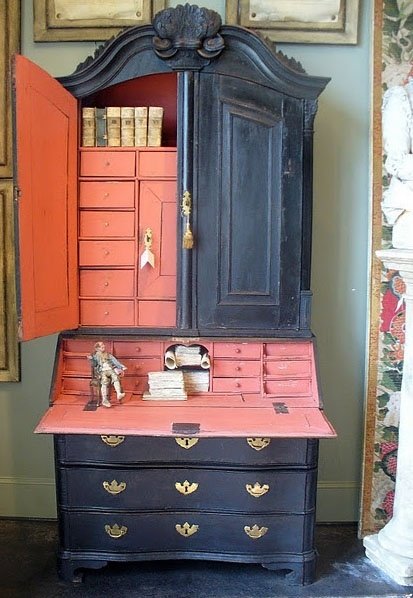 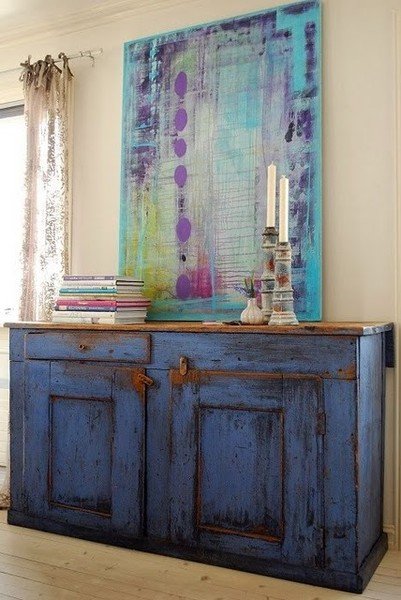 Air conditioning keeps you cool, but is not so cool to look at.   My advice from designing my own home: plan ahead so you can make the best interior design decisions down the road!