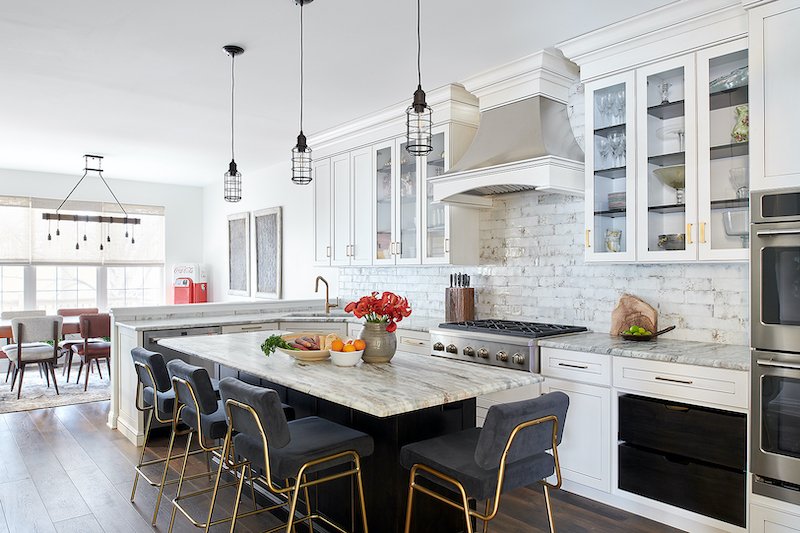 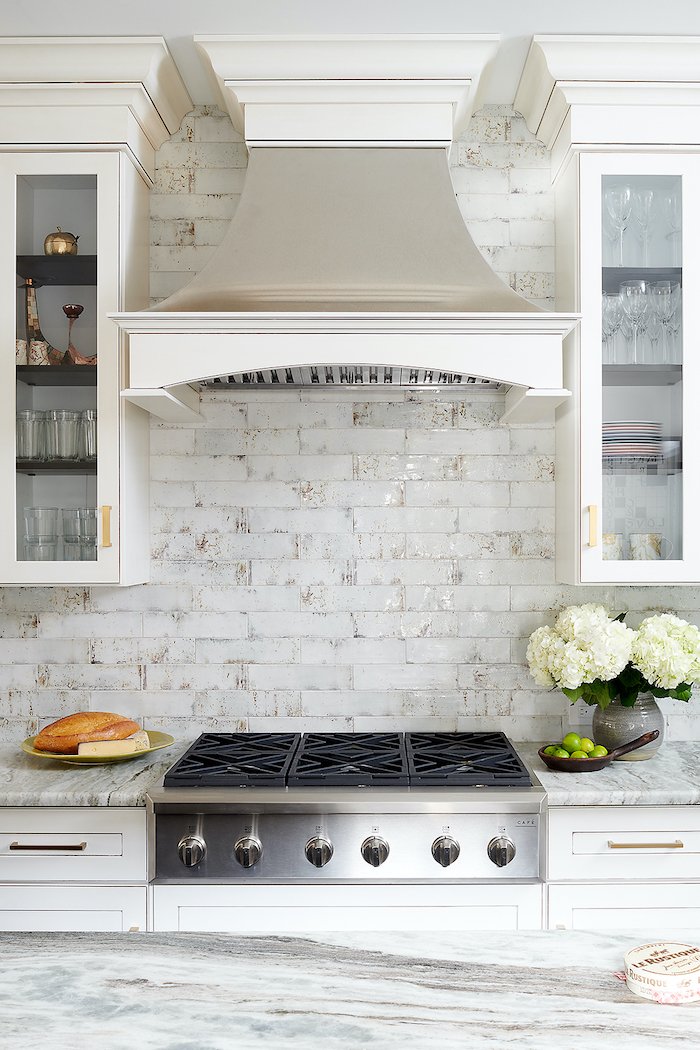 In 2020, I received a call from recent empty nesters who decided to downsize.  They had bought a new house in Ambler which was basically a bland, vanilla box.  When they reached out me, we were in the very early days of a global pandemic, and here in Montgomery County, PA, under a mandatory lockdown.   While we could move forward with some interior design projects during that period (either wrapping up projects already on the books or doing virtual consultations), many projects were on hold and we were working half as much as what is typical for us here at down2earth design. 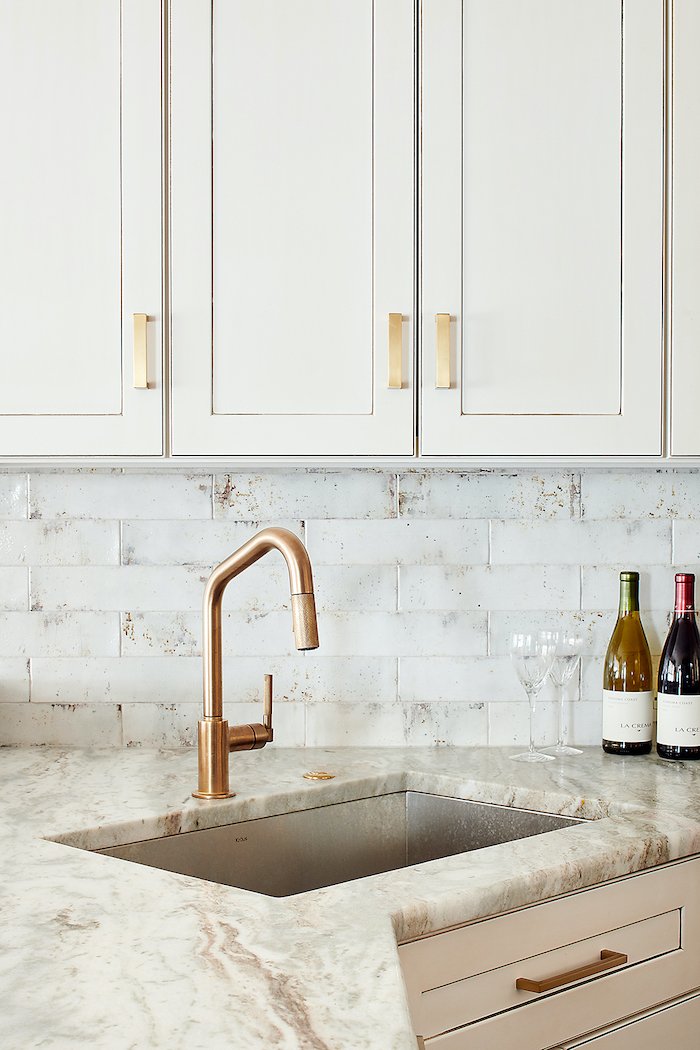 So it was exciting, and very timely, when these homeowners hired us in April for a full first-floor renovation that included major space planning and custom casework design.

The photos below are the back of house, looking east, before and during: 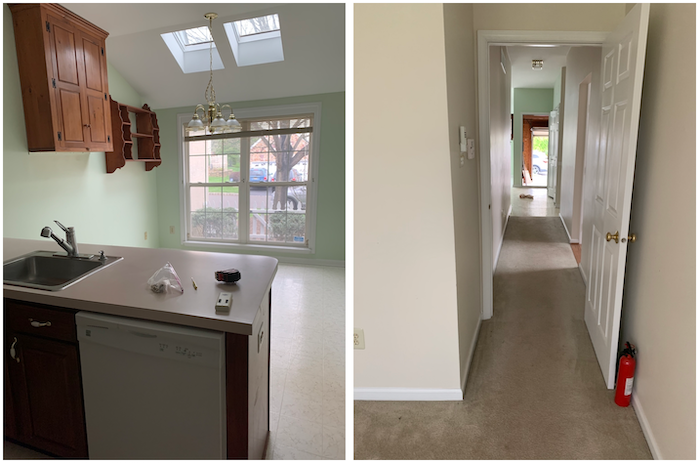 Before pictures of the kitchen 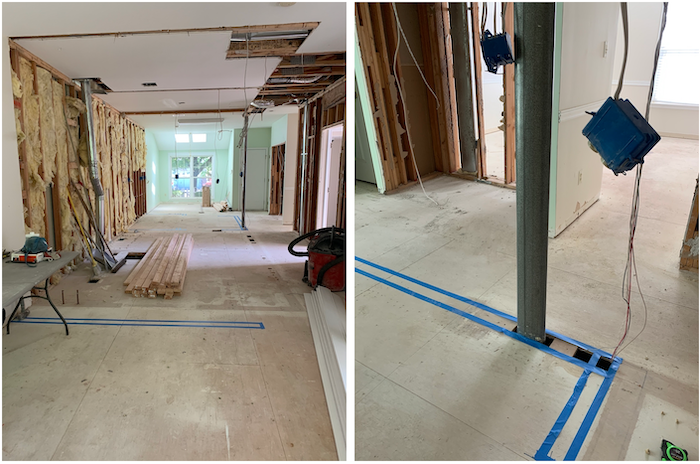 The homeowners’ vision included moving the kitchen to the opposite side of the house, in a large space that would be created by tearing down walls and combining a former home office, a former bathroom, and a former closet.

The photos below are the back of house, looking west, before, during, and after: 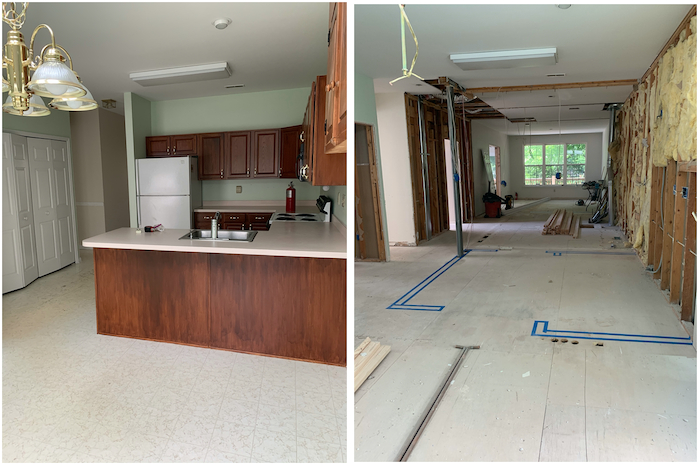 Kitchen before and during renovation 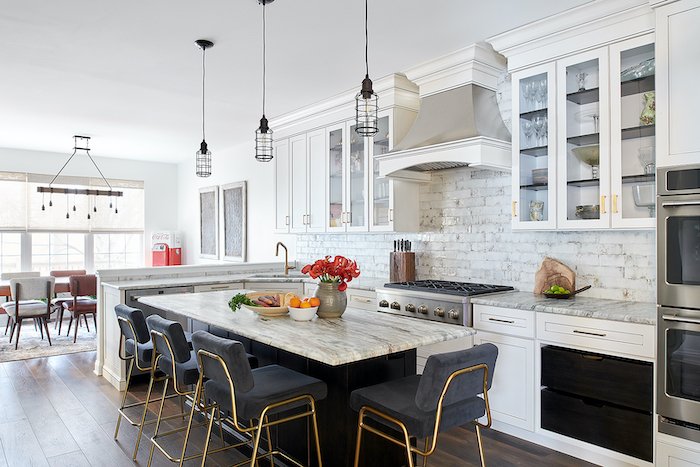 In the spot where the kitchen used to be, which is adjacent to the garage, the homeowners wanted a laundry room, mudroom, and desk area.

The photos below are the mudroom, before, during, and after:

The kitchen space (photo on the left) is now the mudroom.  Note the windows and skylights for space reference. 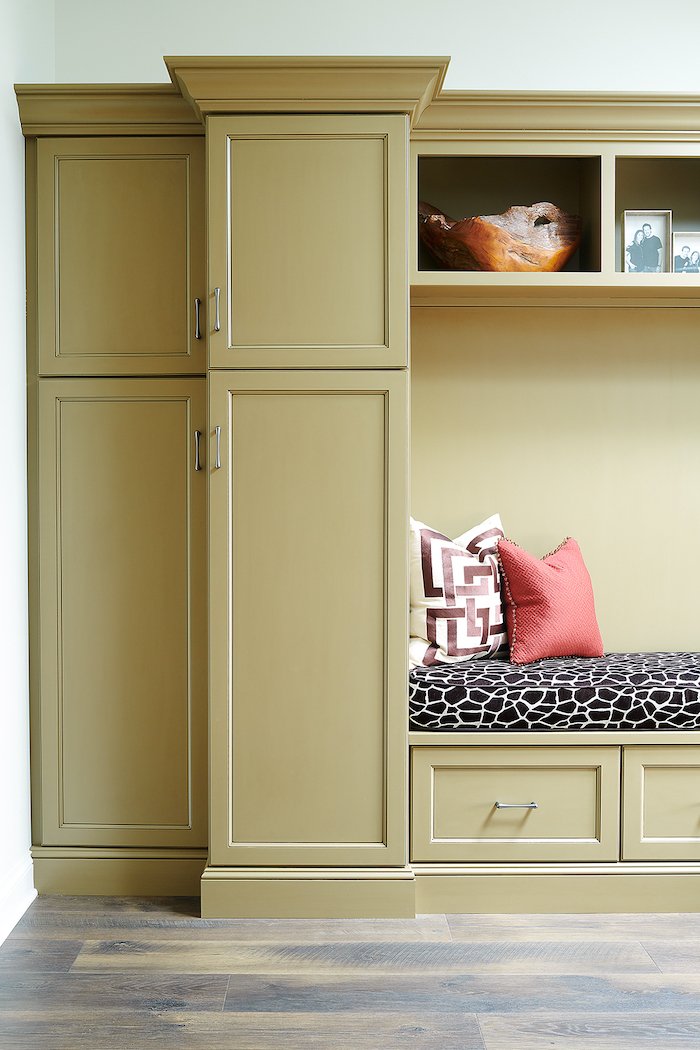 The former dining room was to become a bar.   We used a closet that faced in the other direction (see image above of the former kitchen with green wall and closet on left) to create an alcove so we could recess the bar into the wall.  Of course we discovered some ducts in the process, but we were able to revise the design to accommodate that.

The photos below are the bar, before, during, and after:

Bar area before and during renovation 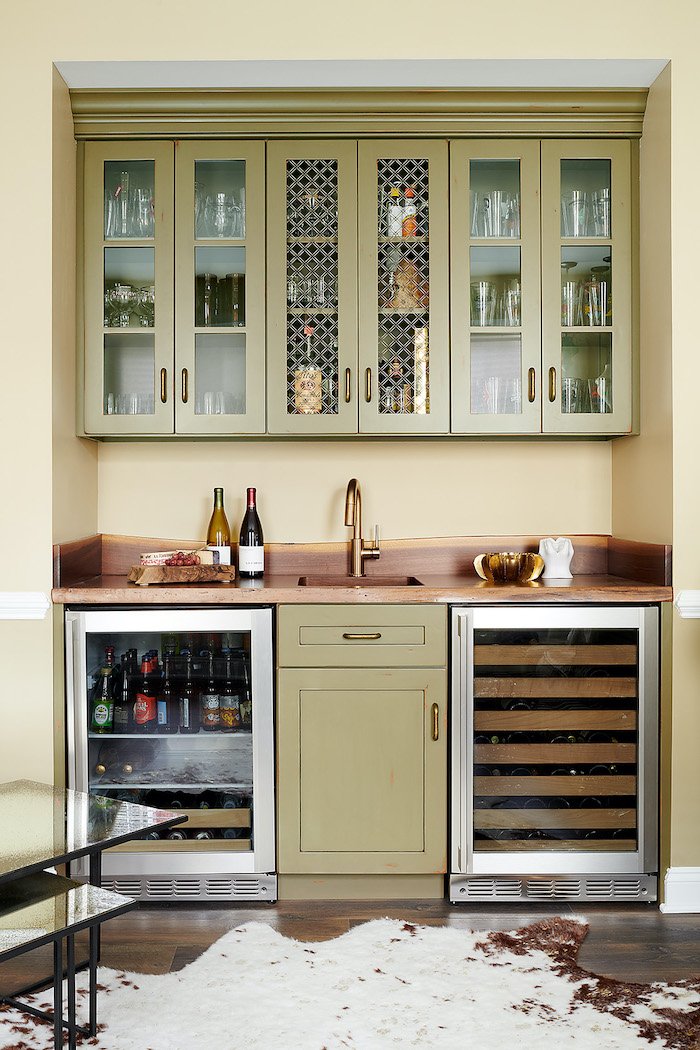 We love the challenge of figuring out how all the parts and pieces of a massive reorganization like this come together, and then we love getting into the nitty gritty details of custom cabinetry for the kitchen, mudroom, and bar.

While we are able to do virtual consultations for some kinds of design projects, a major reorganization of the space plan requires precise measurements.  Fortunately, even though it was impossible to enter the homes of many potential clients during this period, I was able to access this space because the previous owners had moved out and the new homeowners had not yet moved in.   So in addition to this being the kind of project we love to do, the home they were moving into was completely empty and safe for me to survey.   You can see my little green bag on the ladder below on the day that I took field dimensions by myself in the empty house. 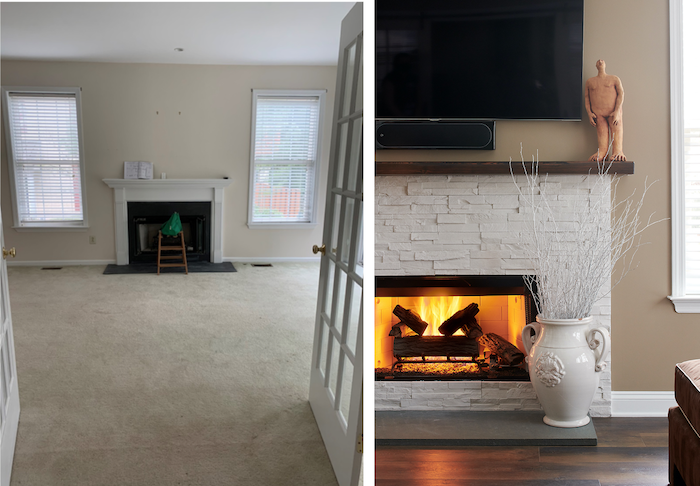 Fireplace before and after | After Photo: Rebecca McAlpin

This allowed us to move full speed ahead with renovation plans, and once it was considered safe enough to have contractors and carpenters on site, we already had plans in place for what was to be done.   The renovation was completed this fall, and the entire character of the house has changed – or that is to say, a house that previously had almost no character in the interior now has tons.  The homeowner loves a rustic, lived-in, funky, eclectic look and we brought that viewpoint into every finish decision that was made.  View the Harrogate Way project portfolio page>