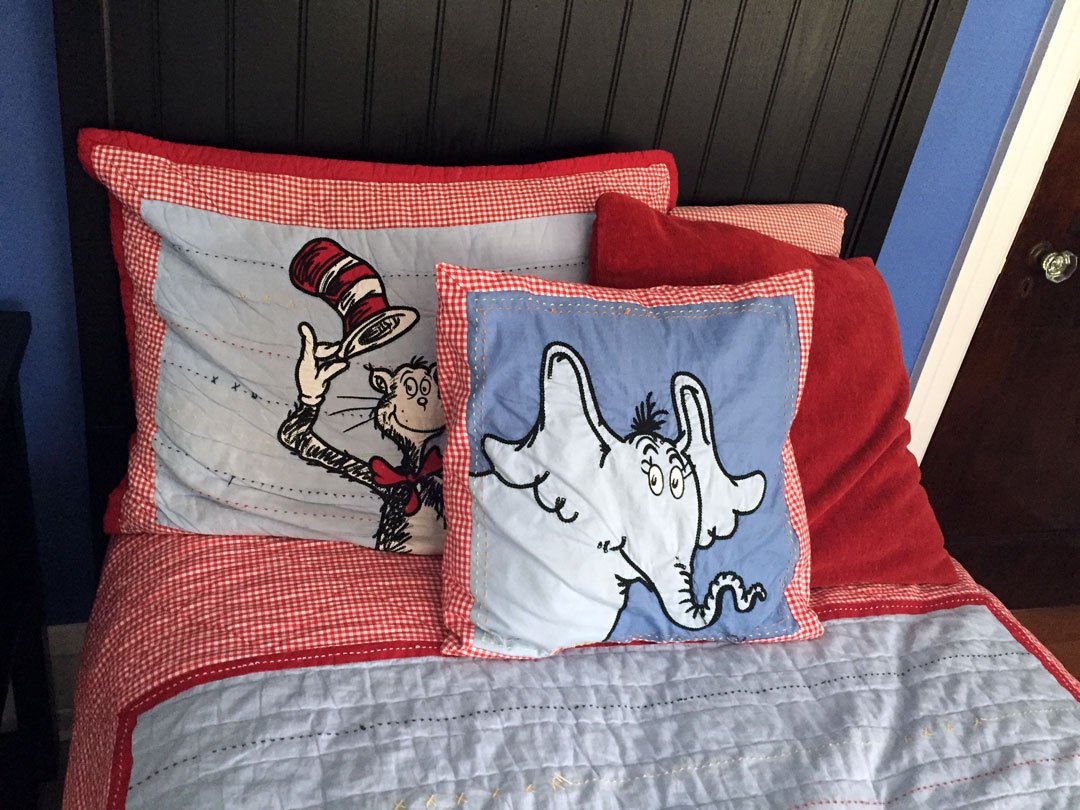 29 Feb The House that Seuss Built

If you have kids in school, you probably know that March 2nd is Read Across America Day, in honor of Dr. Seuss’s Birthday.   March 2nd is also my brother Jeff’s birthday, who happens to be the biggest Dr. Seuss Fan I know.   When he was a kid, he wrote a fan letter to the Doc himself, and sent along a copy of Dr. Seuss’s ABC’s, requesting an autograph.   When the book was returned, it was addressed to the Vice-President of the March 2nd club, from the President, Dr. Seuss.

Dr Seuss’s ABC’s became the first book I read religiously to my oldest son.   Twenty something years later, I still have Oh, The Places You’ll Go memorized because I’d read it week after week as a babysitter.  It is hard to overestimate the impact that Dr. Seuss’s wordplay, visual style, and ethical code have had on children’s literal and visual world.

In honor of Theodore Geisel’s big day, I’d like to share some photos of my son Lev’s room.   I was shopping with a Down2Earth Interior Design client when I happened upon this Cat in the Hat and Horton bedding at Pottery Barn a few years ago. I jumped on it even though my little guy was still in a crib and our use for it was some time off.   So glad I did!

If you look close, you’ll also see Fox in Sox featured standing on one hand in one of the paintings over the bed, all of which were created by my mom. 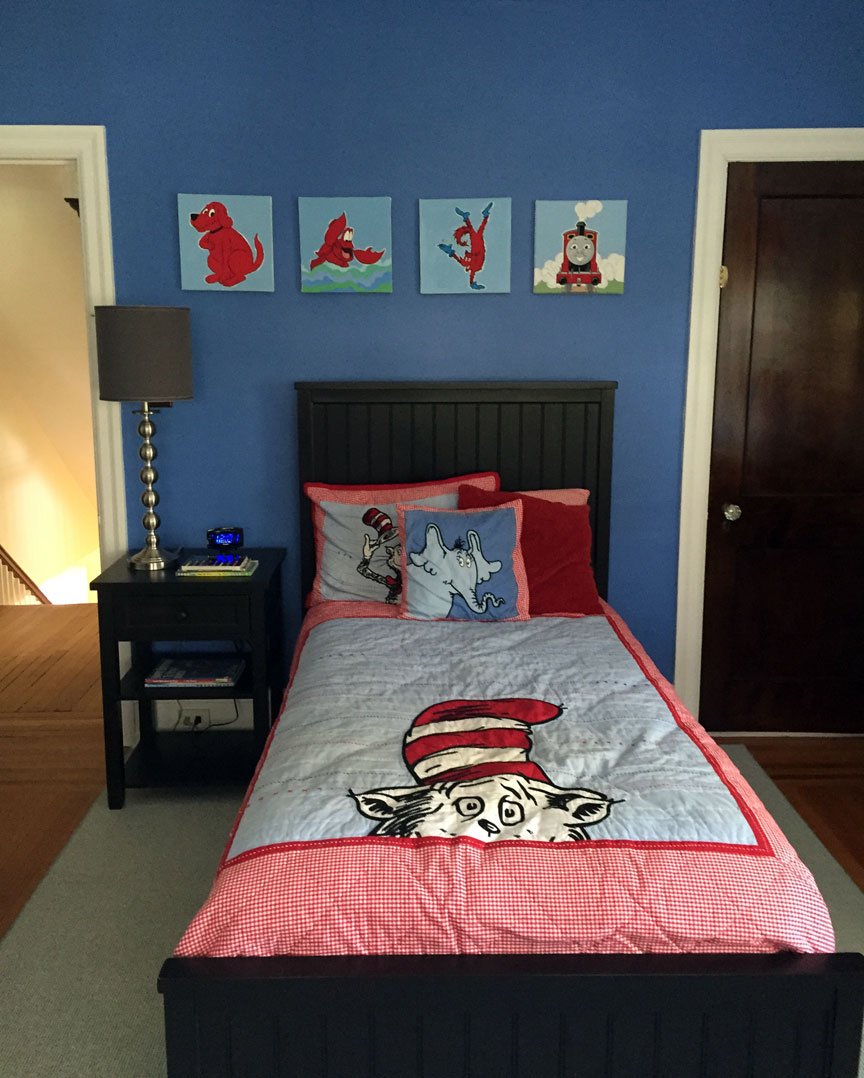 Back in April, Philly Voice featured me as the Connoisseur of Color in an article titled “For your inspiration: Explore the homes of Philly’s interior designers.”   The slide show features this amazing shot by Thom Carroll of my son’s red bookcases: 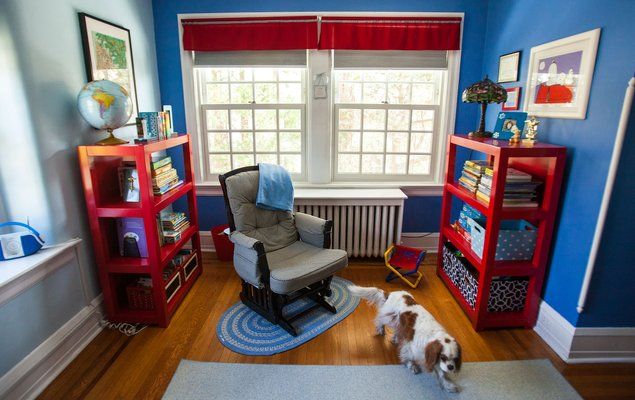 These red bookcases are the “beautiful shlop with a cherry on top,” to quote from Oh the Thinks You Can Think. They were the Parsons 3 Shelf Bookcases from Pottery Barn: 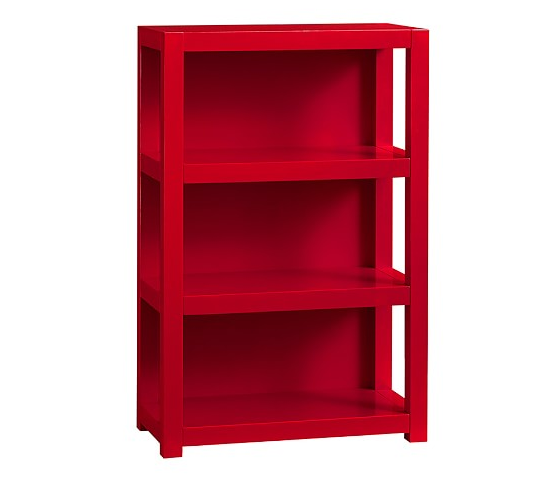 The Black Furniture is all pottery barn as well.   The bed and nightstand are from PB Teen’s Basic Beadboard Collection, which is still available, but no longer available in black. 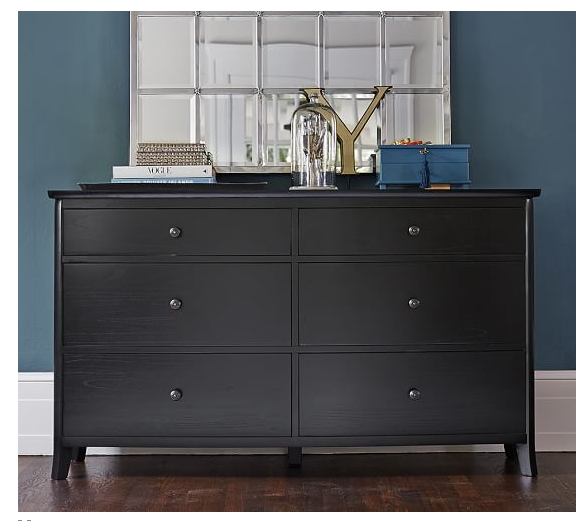 Sitting atop the dresser are a few of our all time favorites:

The Lorax, My Book About Me (we own three copies, one I filled out as a kid, and one filled out by each of my boys), Green Eggs and Ham, and One Fish Two Fish Red Fish Blue Fish. 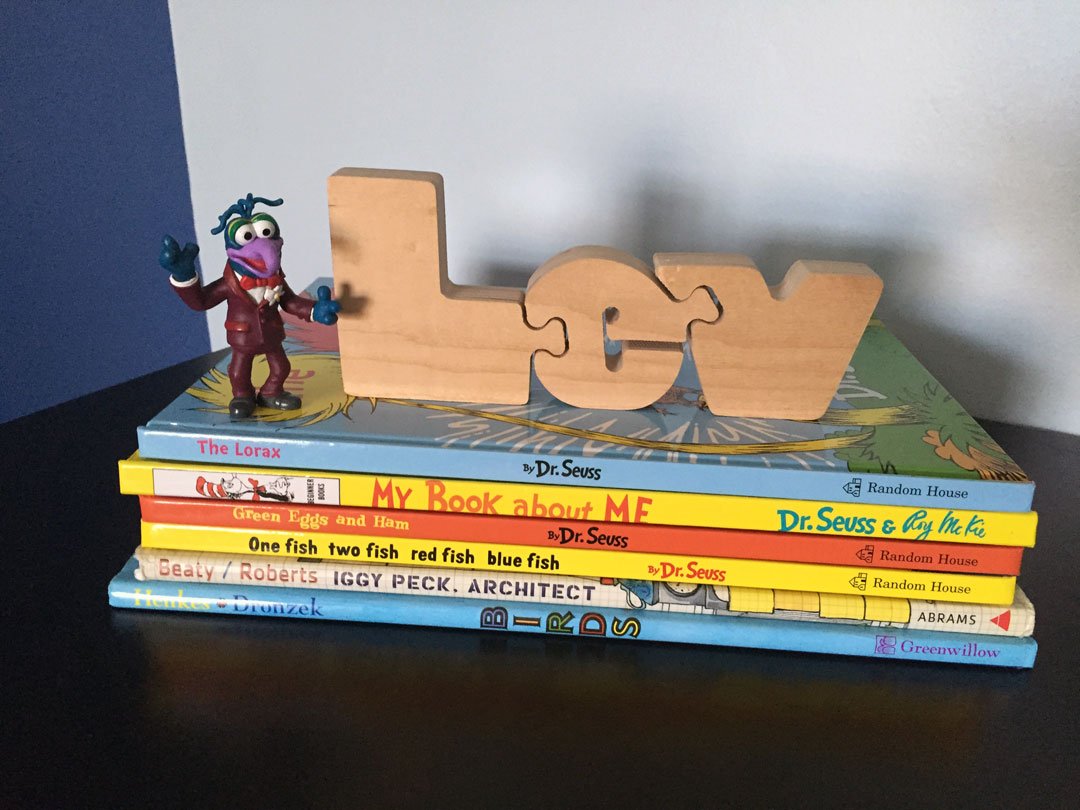 Bonus Dr. Seuss Inspiration: my other son’s stuffed animal of choice is the fat fish from One Fish Two Fish Red Fish Blue Fish.   He’s actually known as “Walsy” in our house, for his resemblance to a tuskless walrus.   So as you can see, Dr. Seuss’s presence has permeated our home, and we wouldn’t want it any other way. 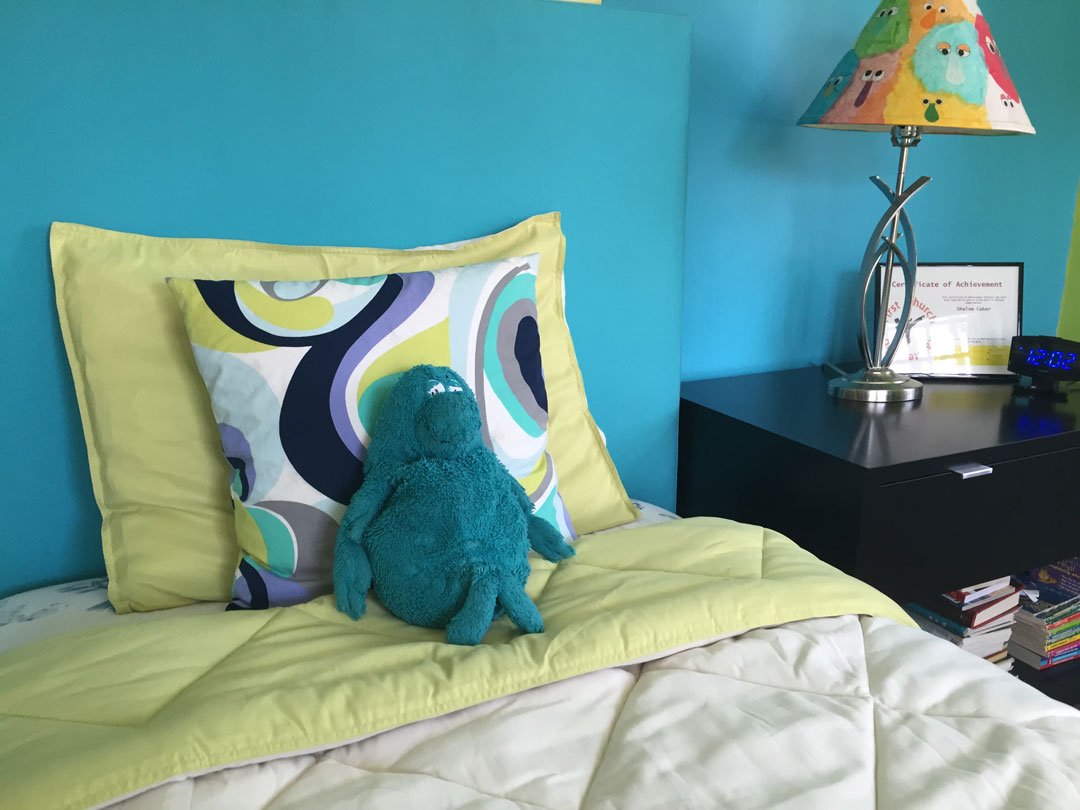